Pre-employment queries now all in Clearinghouse 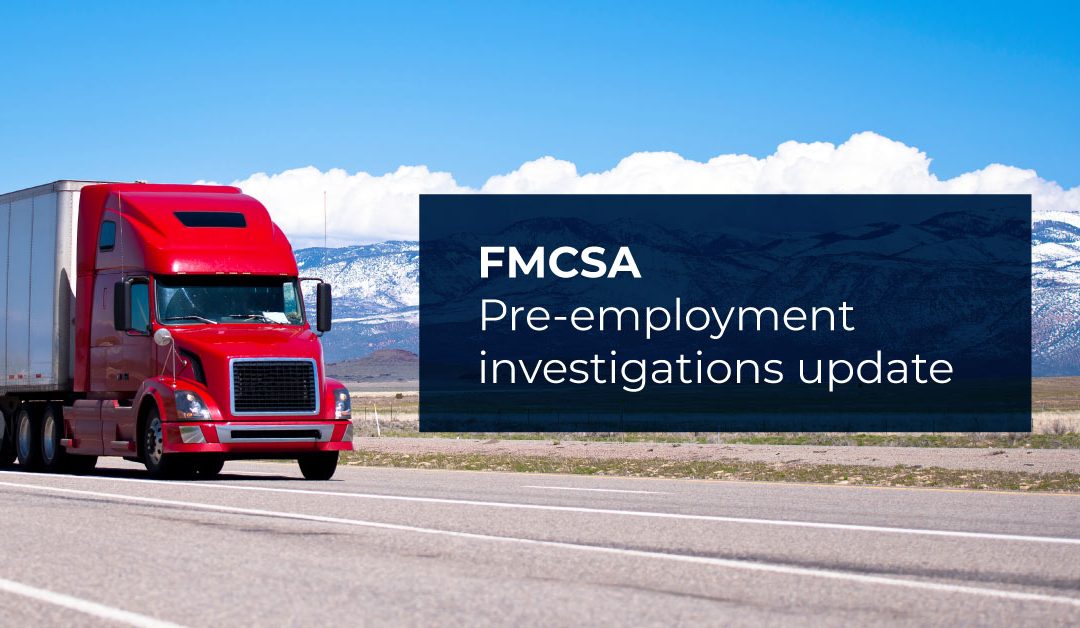 As of January 6, when three years of data has been stored in the Clearinghouse, the requirement set out by the Federal Motor Carrier Safety Administration’s (FMCSA) that calls for motor carriers to conduct manual inquiries with previous employers on a potential driver’s violations of the drug and alcohol regulations will no longer be necessary. Moreover, according to an announcement published on the FMCSA website earlier in November, a pre-employment Clearinghouse query will now be used to satisfy the requirement to investigate a prospective driver’s previous drug and alcohol program violations, as established by § 49 CFR 391.23(e).

However, annual query requirements have not changed for employers, requiring them to conduct a separate query in the Clearinghouse at least once a year for each commercial driver they employ. In addition, the annual query requirement applies on a rolling 12-month basis. Finally, employers are required to obtain general consent from CDL drivers they employ before conducting limited queries in the Clearinghouse to view the drivers’ information. Importantly, non-compliance with the regulations can result in penalties including monetary fines and criminal/civil proceedings.

“Please be aware the Clearinghouse contains only information about a driver’s drug/alcohol testing history when employed by FMCSA-regulated employers. If an employer is considering an applicant who was employed by an employer regulated by a U.S. Department of Transportation (DOT) agency other than FMCSA (such as the Federal Railroad Administration, Federal Transit Administration, Federal Aviation Administration, etc.), that applicant’s information would not be reported to the Clearinghouse,” states the DOT website. “In these situations, the employer still is required to directly request drug and alcohol violation information from those DOT-regulated employers in accordance with 391.23(e)(4)(ii) and 40.25.”