All about PEth testing 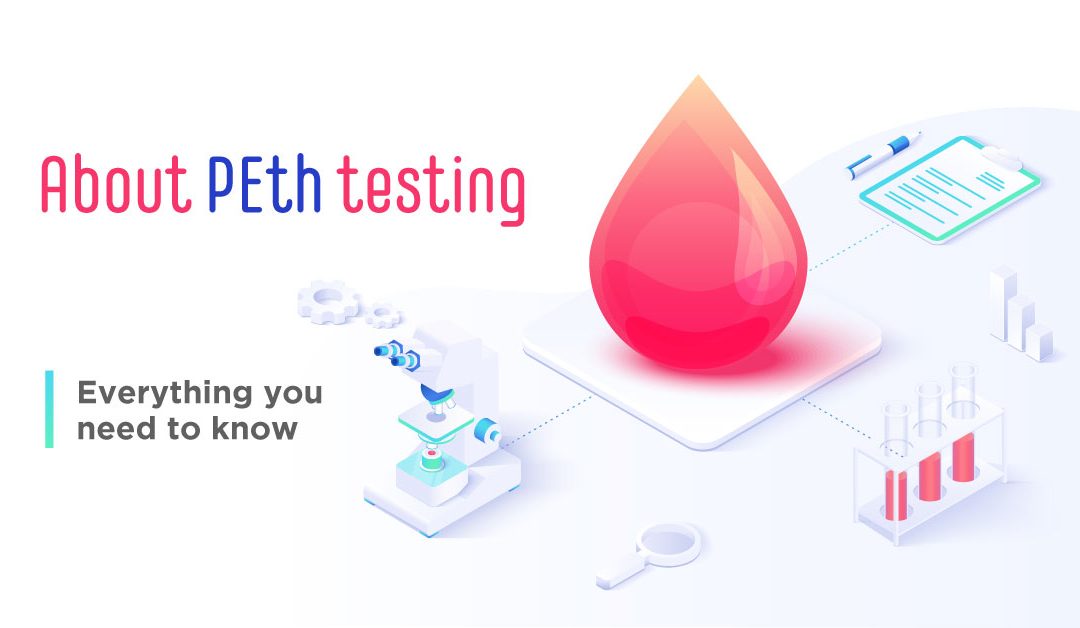 The PEth blood test is used to measure the level of phosphatidylethanol (PEth), which is a specific direct alcohol biomarker that can be found in human blood after alcohol consumption. Specifically, PEth testing is highly effective for detecting chronic and heavy alcohol consumption for medical and legal purposes. In addition, PEth testing allows differentiating between heavy, moderate, and occasional alcohol consumption, and can be used to monitor abstinence from drinking alcohol for the past month. Importantly, factors such as the individual’s gender, age, other medical conditions, and previous alcohol use do not affect the results.

Overall, PEth testing provides an accurate indication of whether the individual has consumed alcohol at some point during the testing period.

How does PEth testing work?

The PEth molecule forms in the presence of ethanol in the blood, thereby acting as a direct marker for alcohol consumption. Since it takes approximately 30 days to be eliminated from the body, the window of detection for PEth testing is about one month.

Moreover, PEth testing only requires “blood spot” samples, which are collected as drops of blood obtained from the individual’s thumb or fingertip, this means you do not require a phlebotomist for the collection. Specifically, this test involves collecting 5 individual drops to be placed on a dried blood spot collection card or 5 mL of whole blood collected (this would require a phlebotomist) in a collection tube containing blood anticoagulant. Compared to alcohol testing carried out on venous blood, PEth testing is a much less invasive type of procedure with a faster turnaround of results.

How is PEth testing used?

Can a single standard serving of alcohol (12 oz. beer, 5 oz. wine), cause a positive PEth test using a 20 ng/mL cut-off?

Research shows that consuming multiple servings of alcohol at a time is required to produce a positive PEth result. In addition, PEth has a half-life of approximately 4.5 days. For instance, if an individual with a PEth level of 1000 ng/mL stops drinking, approximately 2.5 weeks would be needed for their PEth level to be reduced below 20 ng/mL.

PEth vs. urine and hair testing

In addition to PEth testing, there are other direct tests that can be used to detect alcohol consumption. Urine and hair testing can involve measuring the direct biomarker ethyl glucuronide (EtG) or the secondary biomarker ethyl sulfate (EtS).

A PEth test will go through the same MRO procedure as a urine collection, giving the donor an opportunity to speak with the MRO should the test result in a non-negative.